How to get started with Mergenomics? 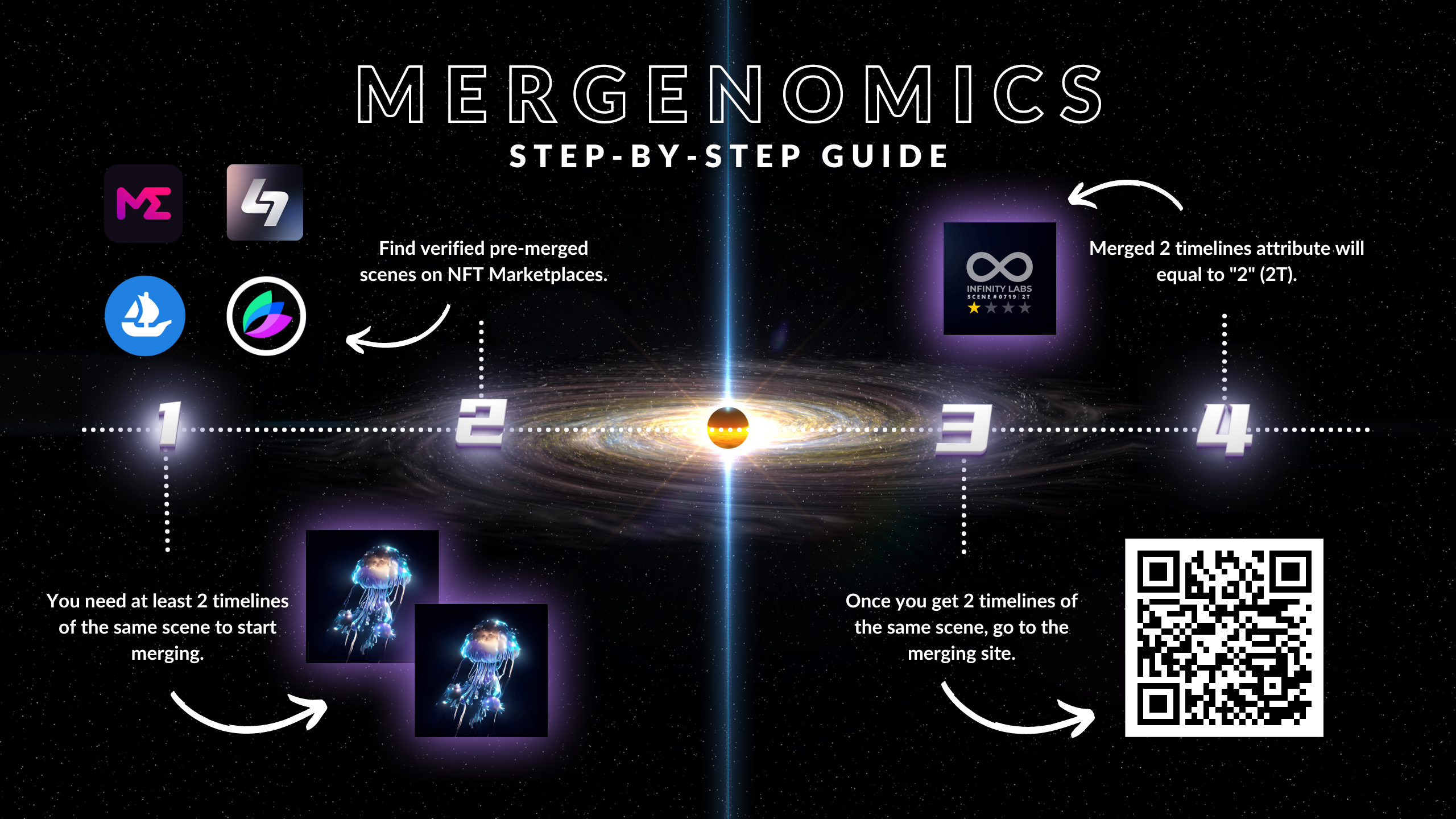 Let's look at the step-by-step in more detail:
‍
1.    Initially, you'll need to own at least 2 timelines of your favorite (same) scene to start merging.
‍
2.   Visit any of the following NFT Marketplaces to find other scene timelines and pre-merged scenes:
● Magic Eden (300+ listings)
● OpenSea (<100 listings)
● Solanart (1000+ listings)
● Alpha Art (<100 listings)
3. Once you get 2 timelines of your favorite (same) scene, you can watch our mergenomics beginners video guide first.
‍
4. After watching the video guide, you can now start merge your scenes. The more timelines merged, the rarer the NFT, and the more evolved the artwork gets.
‍
5.   We added a timeline rarity system by including a 4-star overlay on all scenes to easily indicate a scene's timeline rarity without reading its title or attributes within the metadata.
‍
6.   Voila! Your NFT is now transformed to a rarer and more distinct artpiece. Once all 8 timelines from the same scene are merged together, this full-merged scene features evolved animations and unlocked multimedia. This means that throughout a scene's merging history, there are a total of 3 unique evolutions for each of the 1111 scenes: one at 2 timelines merged, the second at 4 timelines merged, and the final evolution at 8 timelines merged.

Ready To Merge Your Scenes?